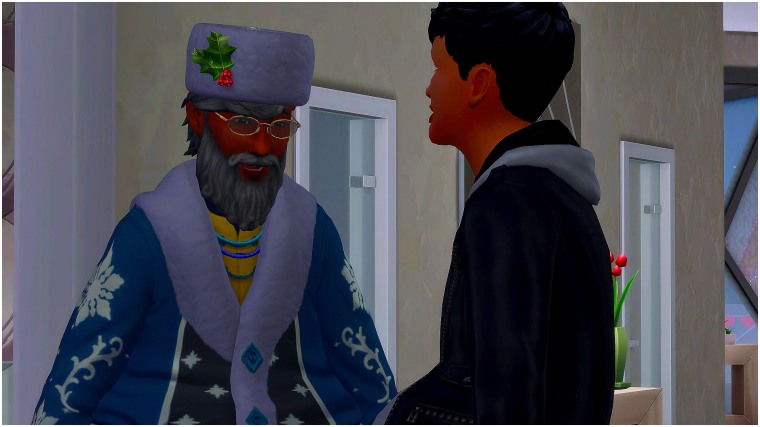 We come back to the house at Winterfest.  Father Christmas is handing out presents.

Fiona makes sure to get hers.

Veronica was not impressed and stomped off. 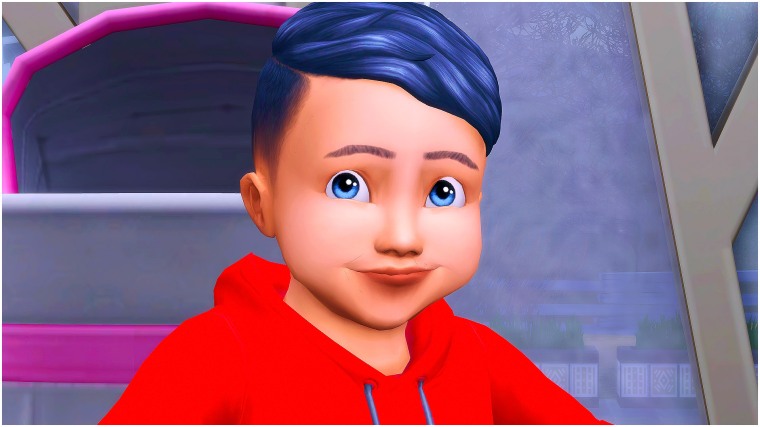 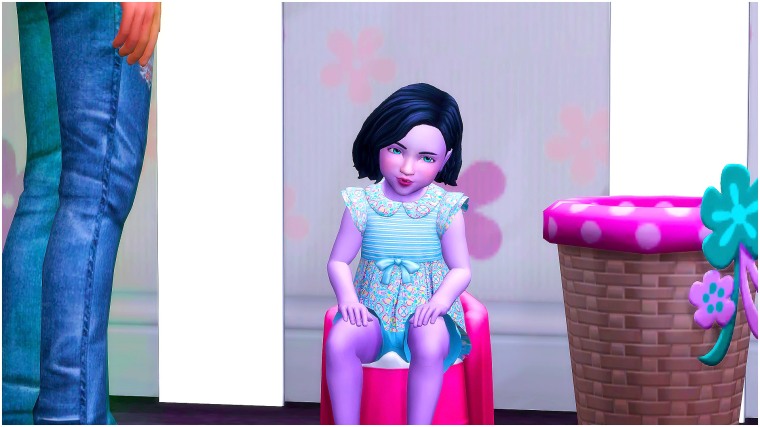 Fiona only likes to potty when a daddy is there to help her. 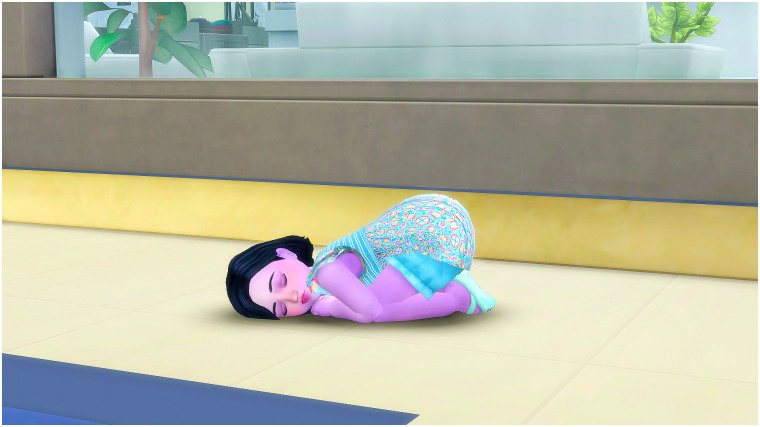 Although, she probably should have just gone to bed first.

Cade gets to try out the potty too.

Gloomy Veronica mopes by after school to sleep. 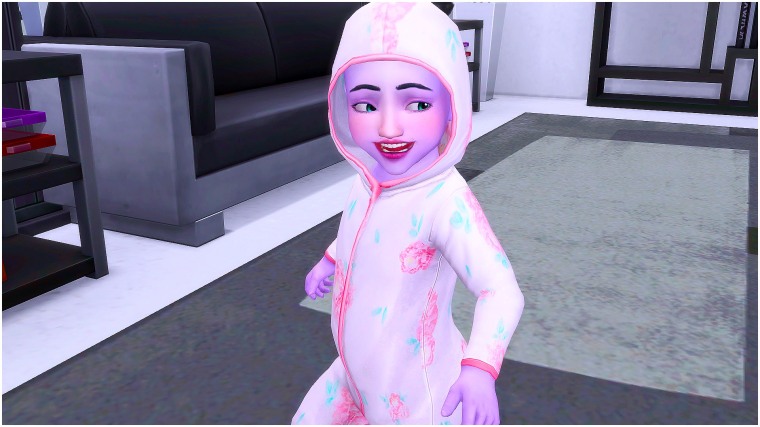 Fiona woke up her daddies.  She looks awfully pleased with herself.

She’s also not used to have a baby brother around.

She threw a tantrum when he stole her ball pit. 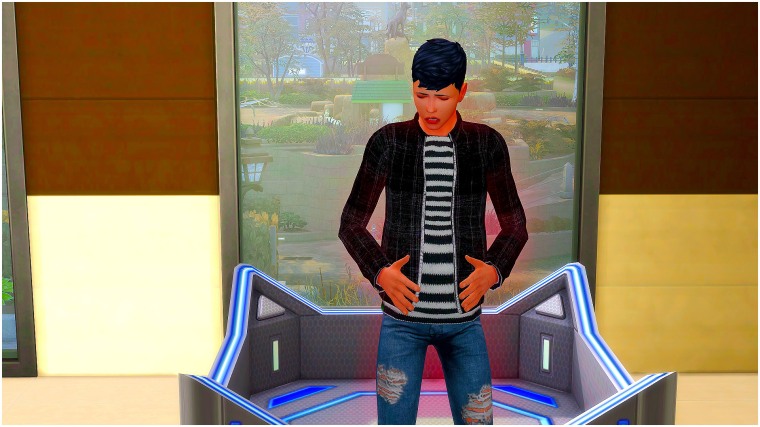 The last baby is being born!

Shit!  Okay, the last two babies are being born.

Colin is purple and Micah is not.

After two weeks of not playing, the first thing to happen is yelling at Fiona for being defiant and reach level 10 parenting.

Cain:  Daddy will make sure the your room is more boy friendly before you wake up.  I promise. 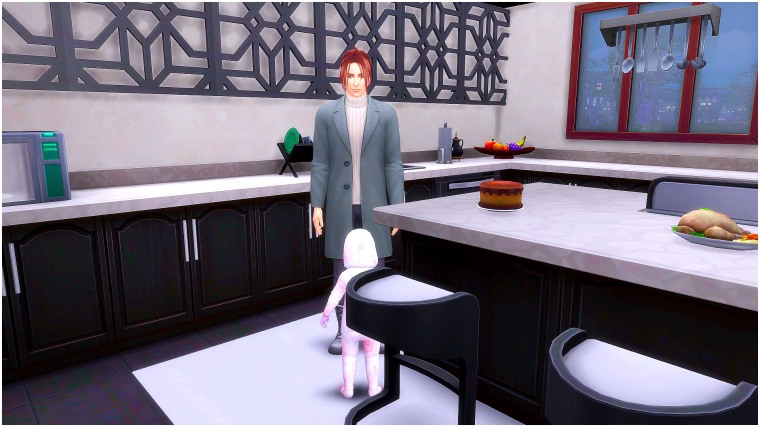 This room is overly bright, which after investigation, I find a 20 lights hiding behind the cabinets. 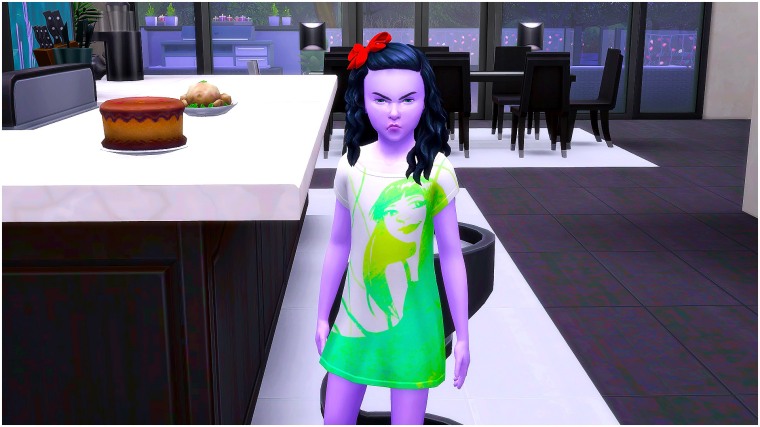 She is awfully angry looking after her birthday.  She Loves the Outdoors and she never fully learned imagination, thinking, or going potty.

I think her makeover can wait until after she goes to bed. 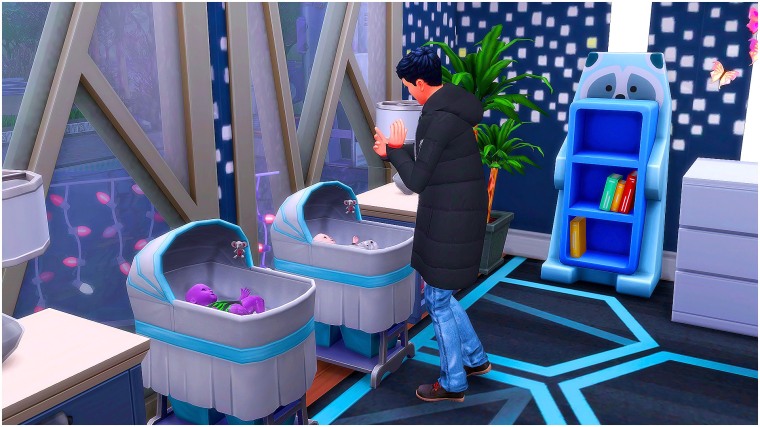 Nicholas got into super parent mode really fast.  Gotta love twins.  Now he just needs a kid with three character traits in range for the aspiration to be completed.

Cade sleeps through the room change and enjoys going potty amid all the blue. 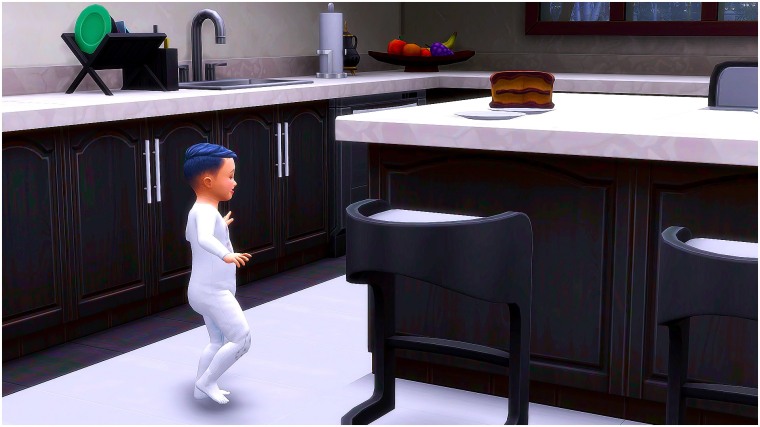 Then he runs through the house bypassing good food to get to cake.

Veronica did her homework and then cleaned out the potty.  What a good girl. 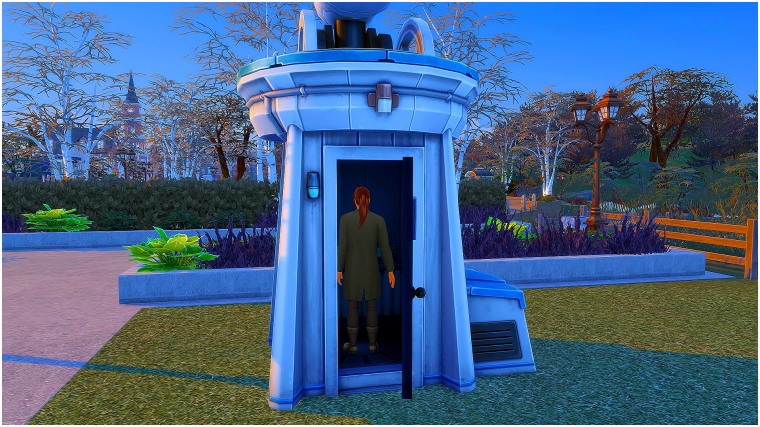 Cain needs less than one skill point in logic to complete his aspiration.

I got bored, so the twins age up early.  Micah finally get’s Cain’s hair. 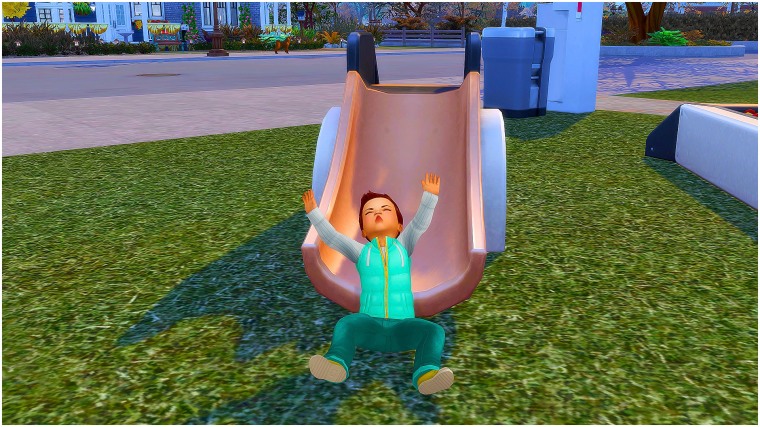 He was tired, but I made him go down the slide once before heading in to bed.

Now the whole family is in mourning for eons.  Yay, 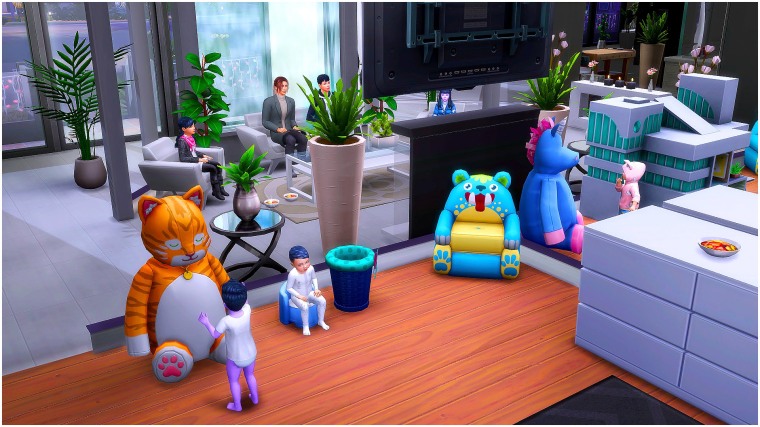 It’s New Year’s.  While everyone watches tv waiting for the countdown, the toddlers skill.

I was going to yell at Cain for interrupting potty time, but this was too cute.  I let it go.

Level 5 communication for the twins. 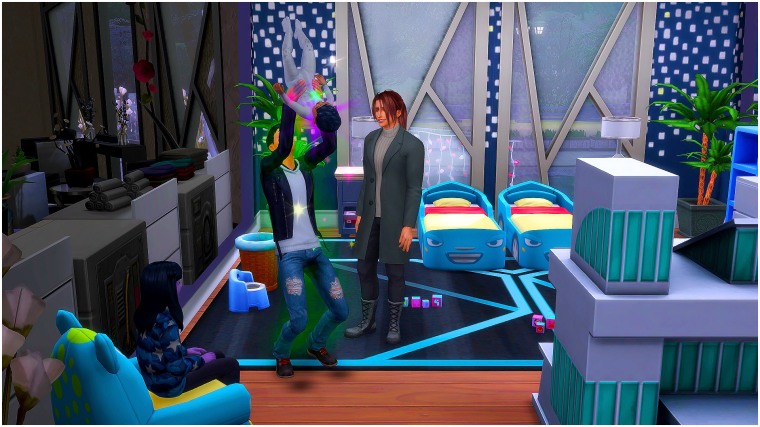 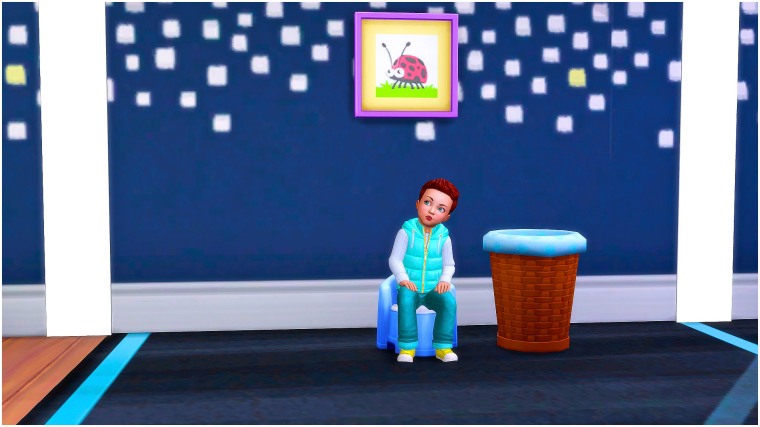 Micah is independent, so he can go potty alone.

Colin is Angelic and needs some help from Cain.

Oh hell  yes!  My favorite day of the year.

I wish I knew how to make this a family holiday that happens once a season.

Cain, who never got that last skill point heads straight to the telescope instead of his bed. 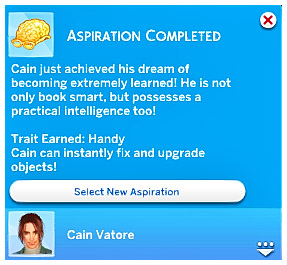 The girls both complete their resolutions playing chess together.

Colin is out working on movement.

The girls are now working on their social skill.  Micah is onto imagination and Cade is probably doing thinking.

Nicholas and Cain both chose to write a book for their resolutions, so that’s what they are doing. 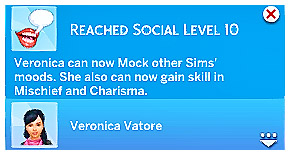 And just like that, the Social Butterfly completes the major part of her aspiration in one day.

Also, I think I sharpened that on accident.  LOL

I hate the social aspiration, but we might as well do the easy parts.  Like become bff’s with your sister.

Micah is out on the slide while the boys spend some time with their imagination. 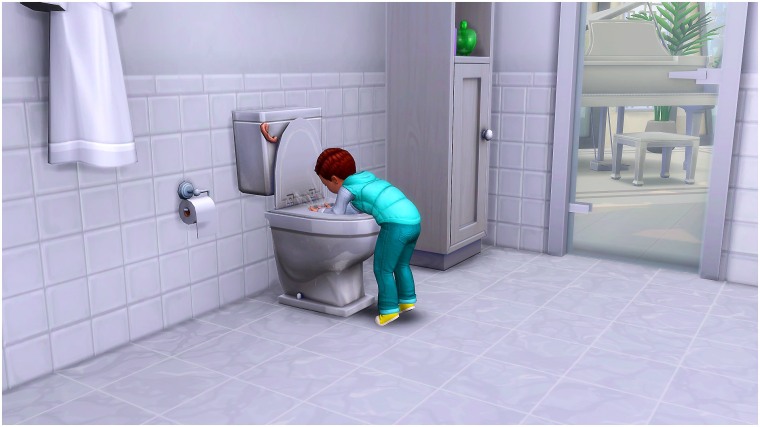 LOLz.  He was caught a while later playing in the toilet.  I made him go back and complete his sliding.

The boys have a chat while doing their own thing.

Cade is a happy toddler, so it was time to have a birthday. 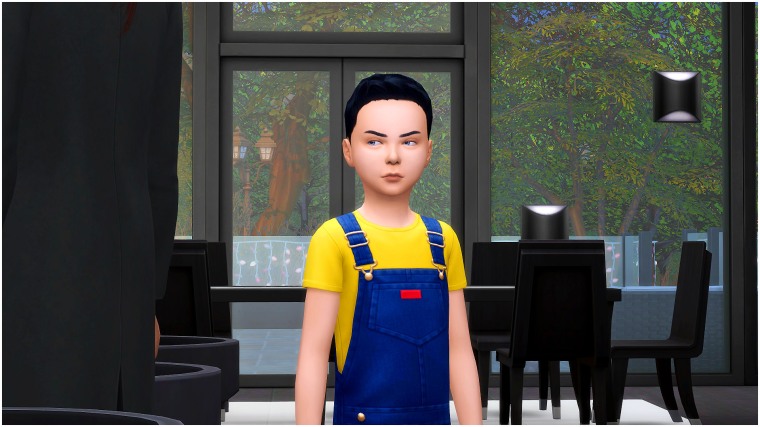 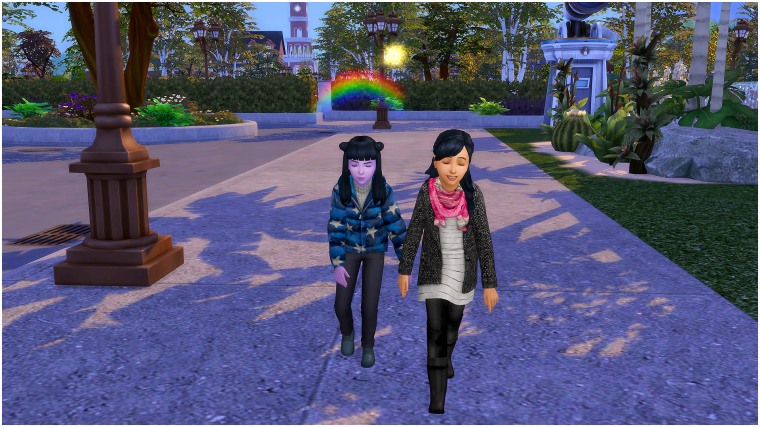 The girls increased their grades, but I have no clue what that rainbow means.

Nicholas is now a full adult! 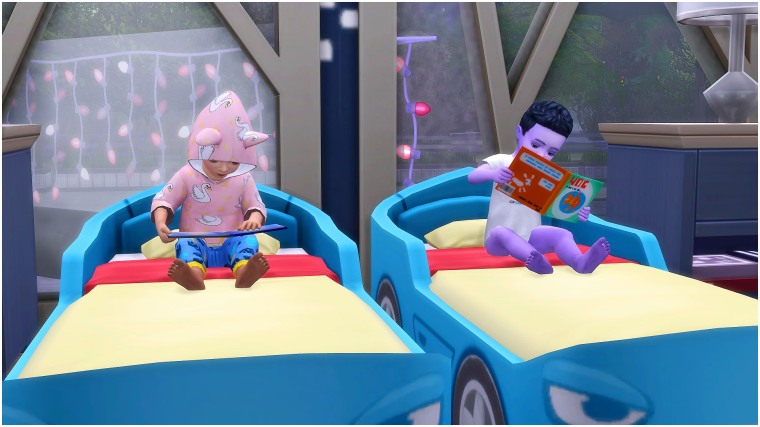 I drove these kids pretty hard for skill day, so today they woke up and looked at books then it was a day only filling their whims.

Only the girls went to school and brought home their school projects.  Yes, Cain is now an elder.  I had forgotten that he was a lot older than Nicholas. 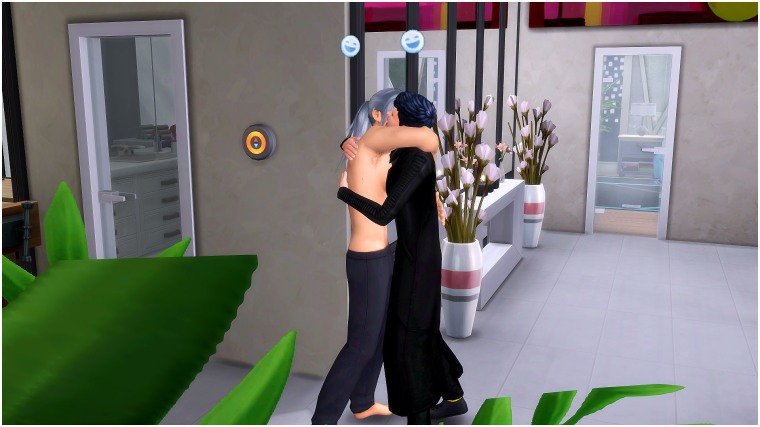 Nicholas finally starts and completes all of his goals.  He makes a human best friend. 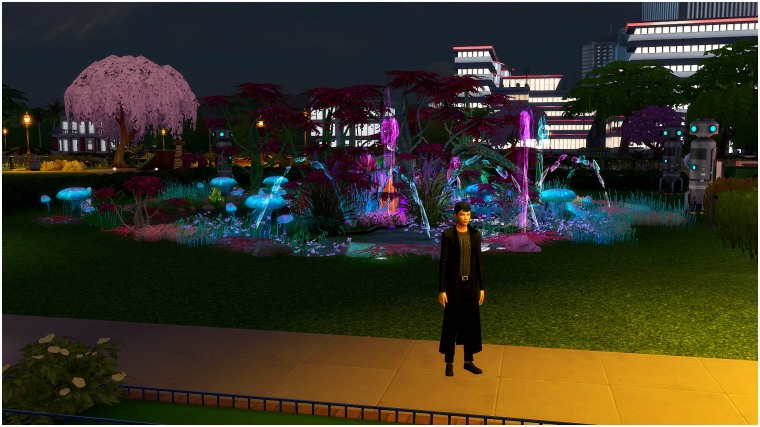 Buys his clubhouse, which costs about $130k, and completed a family aspiration. 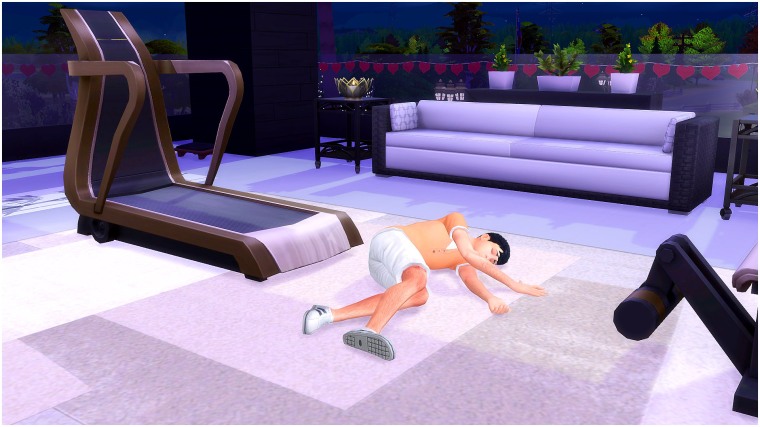 He then went home and ran until his heart gave out.  Poor guy.

It seriously took all day to get this done.

Grim showed up and spent 6 hours looking at his corpse before reaping him.  Thanks a lot, dude.

The challenge is finally over and I will be moving back to Sims 3 for the next one.

But, I will not leave you all hanging. 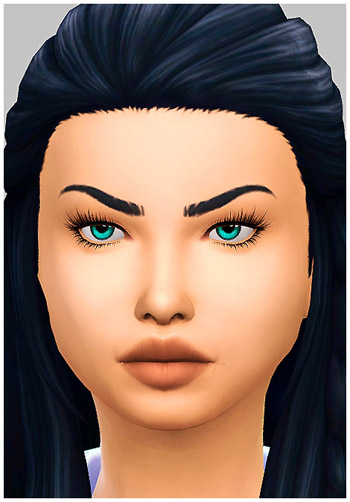 All five are human, which was surprising and only one clone in the bunch.